I was approached by the confederation of schools and asked if I would work with a group of high school students to create a torch that could be used by all of the schools in the borough as part of their fundraising events during the 2012 olympics.

The torch had to be big enough to fit 12 school logos on it plus the sponsor and the confederation logos but light enough that little kids can carry it (the torch is going to be carried from one school to the next as they each do their fundraising events).

Initial design for the torch.

Logos hand painted on to squares of metal by the kids. They've been attached to the torch with rivets. 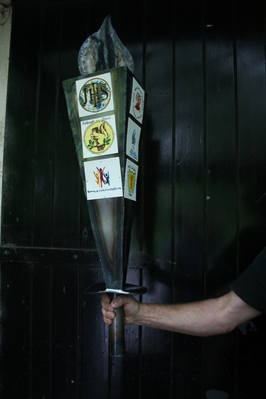 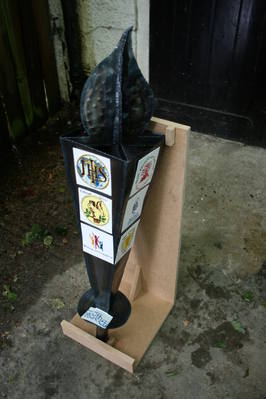 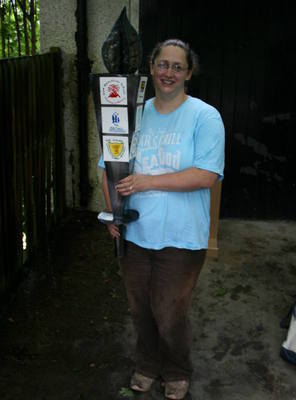